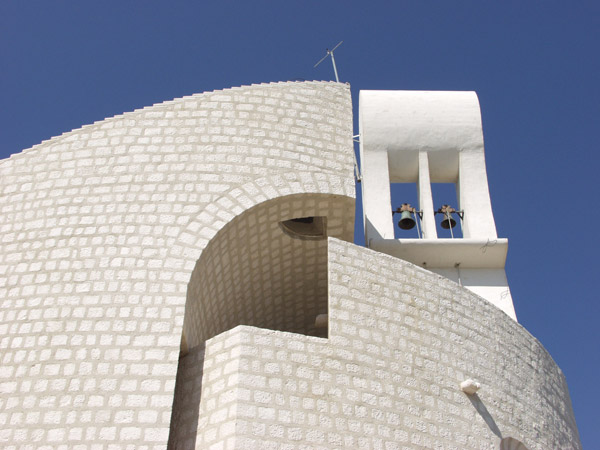 Looking from the sea, the panorama of Vodice is dominated by the Okit hill and a church of Our Lady of Carmel.

On this elevation the first church was erected in the 17th century, probably on the foundations of even older small chapel. Later, at the beginning of the 20th century, from the foot up to the top of the hill, the Way of the Cross was made, with fourteen small chapels, each one designates one station of the Way.

The church was extended for several times, it was destroyed twice, in the World War II and in the Croatian War of Independence. The current appearance of the church of Our Lady of Carmel is the work of Nikola Bašić, an architect from Zadar.