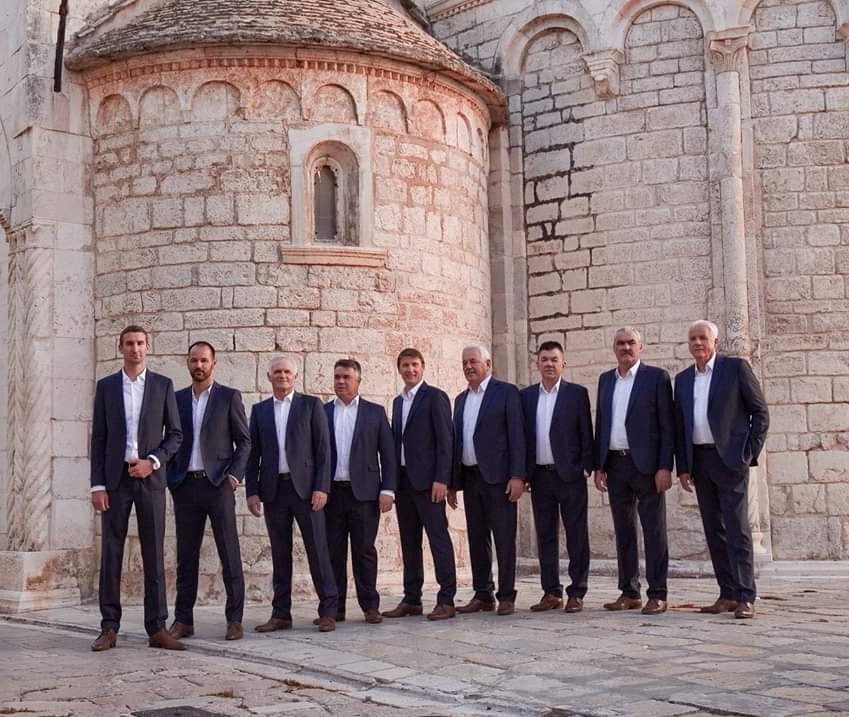 Tomislav Bralić and the klapa Intrade have been active since 1985. In the last few years, they have certainly been our most popular performers, performing unique concert spectacles in sports halls, stadiums and continuously performing in Europe. They delighted America, Canada and Australia on last year's tours, which were extended due to the great interest of the audience. Klapa Intrade has become an important factor in the Croatian cultural context, and with their concerts they show an enviable level of musical maturity through a wide range of interpretive achievements. Tomislav Bralić, a great singer from Bibinje, with his songs and interpretation marked the last few years with a great series of hits and songs that have become cult in a short period of time. With a specific voice of a mystical baritone, a voice that caresses with warmth and softens with cordiality, it has won the hearts of the audience for years. Each song performed by Tomislav Bralić and the klapa Intrade has a special power of sound and words, a distinct emotional charge that transmits to the hearts of the listeners with sincere ease. In the last few years, they have performed at popular music festivals where, due to the specific interpretation of the Dalmatian song by Tomislav Bralić and the klapa as a whole, they have received flattering recognitions and awards.