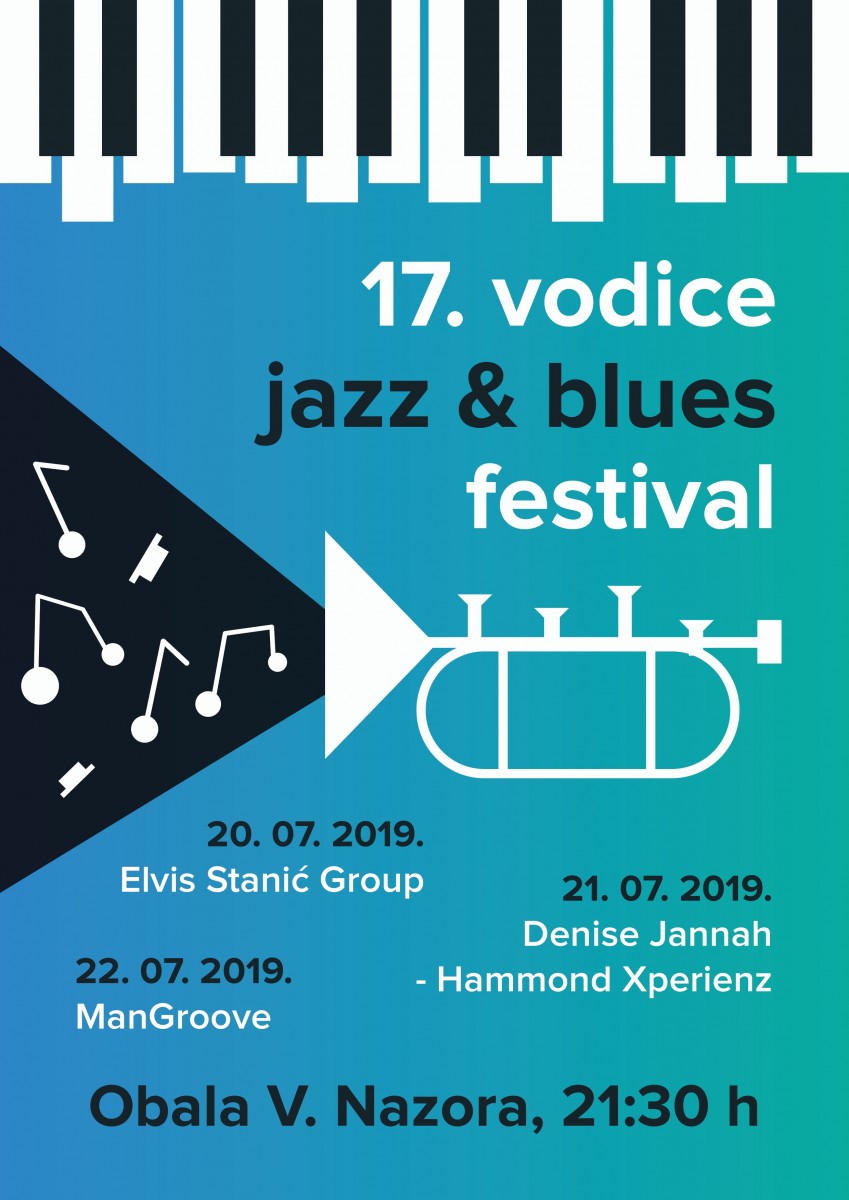 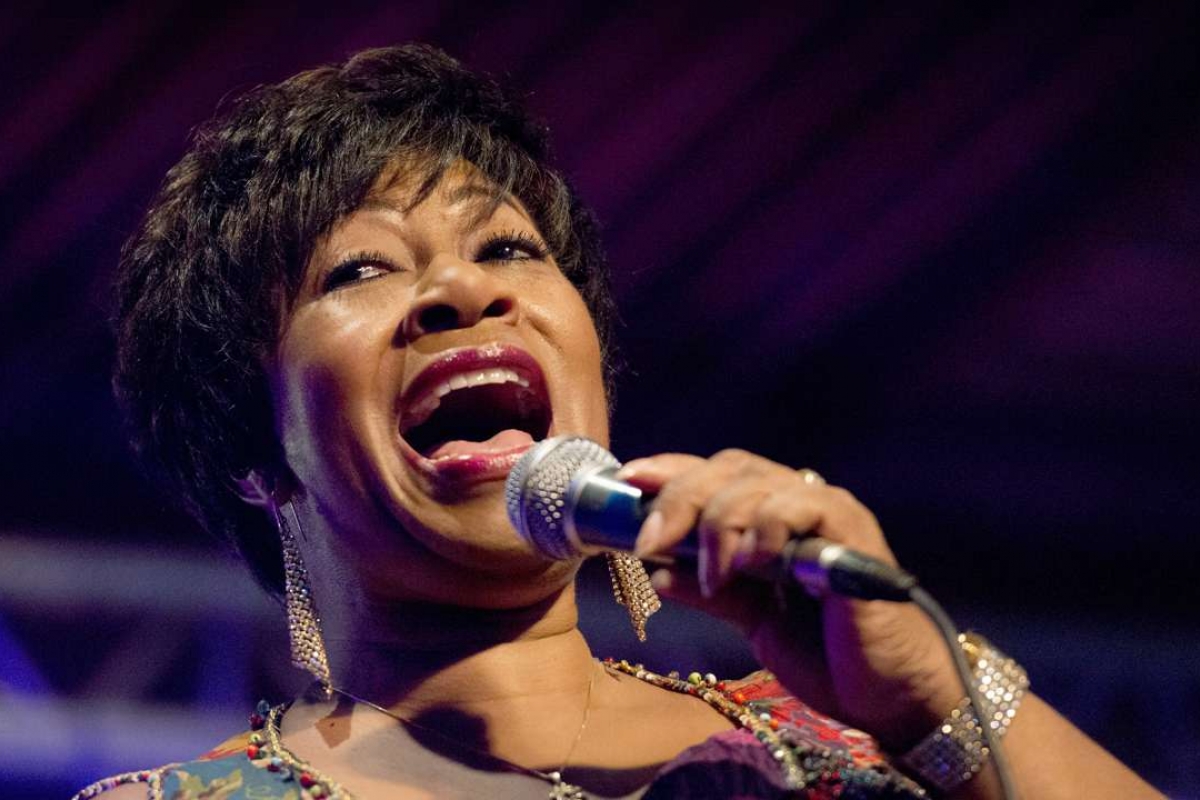 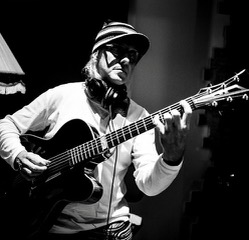 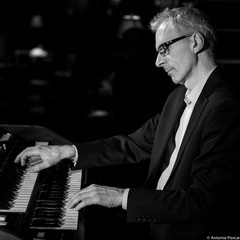 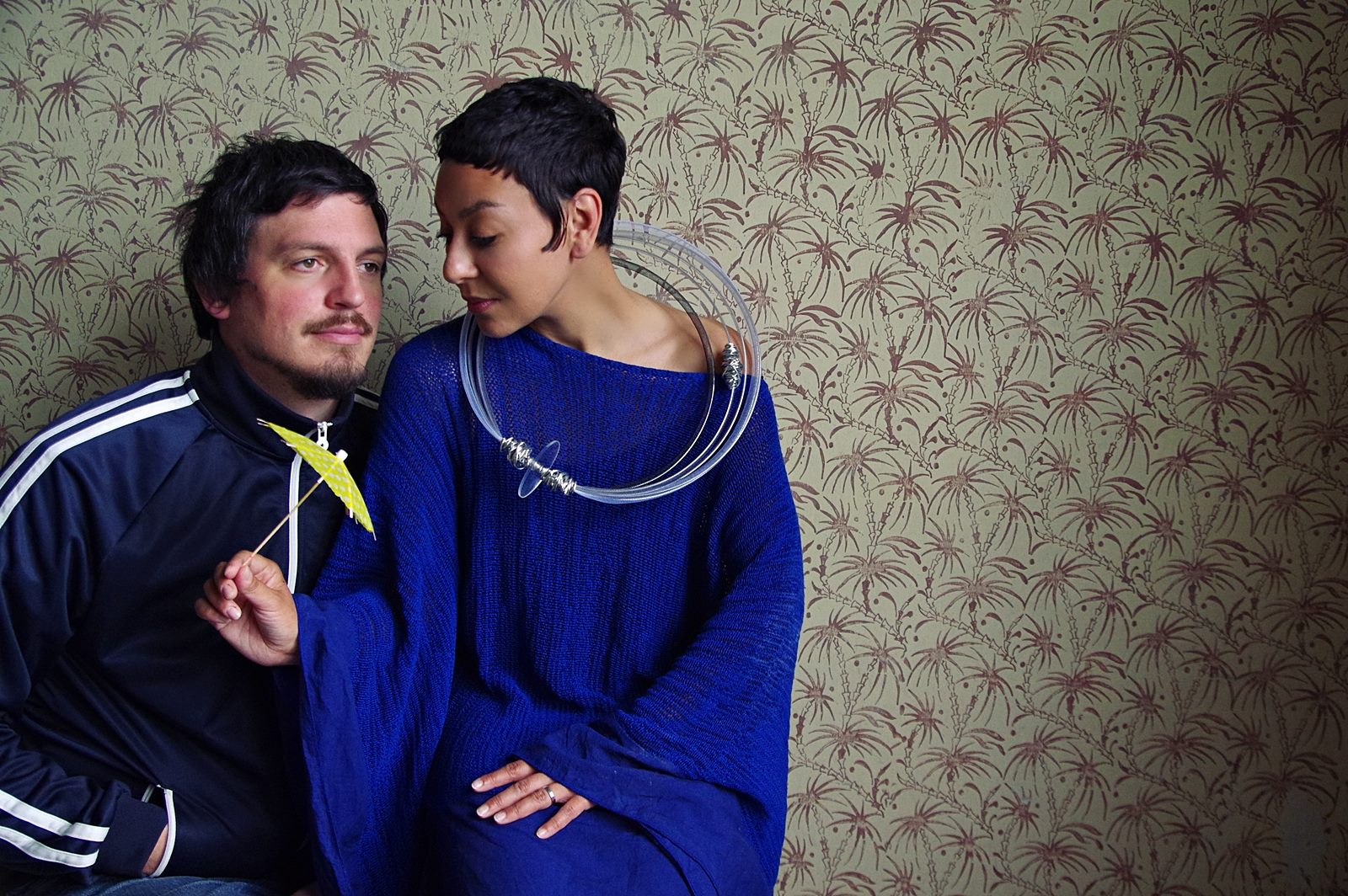 The 17th Vodice Jazz & Blues Festival gathers the eminent Croatian and world musicians and it will be held from the 20th to the 22nd of July in Vodice. The first festival was held in 2003 and since then it has been known among the audience as a festival of top-level interpretations of renowned musicians in the unique amphitheater ambient at the Vodice waterfront. Stylewise, this festival extends from classic rhythms of swing and dixieland to more contemporary genres like fusion and free jazz. In the course of three nights, the festival attracts about 1,500 jazz music lovers, and the entrance is free. The organizer of the festival is the Vodice Tourist Board.

Elvis Stanić is one of the best Croatian contemporary guitarists and accordionists and the most respected jazz composer of the middle generation. He's the frontman of Elvis Stanic Group, a jazz fusion band that combines Mediterranean melodies of traditional Croatian music with rhythms of Latin expression and contemporary jazz tendencies.
As a composer, he is especially dedicated to studying both Croatian and international traditional music, as well as in the so-called "World music" is one of the leading musicians in Croatia. In Boston he studied jazz and jazz guitar, and during the student days he worked with many American jazz musicians. Since 2001 he has been teaching a jazz guitar at the Croatian Music Youth Seminar in Grožnjan. He is also the organizer of the Artistic Director of Liburnia Jazz Festival and the Jazz Ex Tempore Musical Education Project in Opatija, and since 2015 is also the President of the Croatian Association of Featured Artists (HUIG).
In 1996, he founded the jazz fusion group Elvis Stanić Group, which became one of the best jazz groups in Croatia. Their original compositions and albums have won almost all national music and record prizes (8 times the Porin prize for best jazz, albums and instrumental music). Elvis Stanić has played solo or "Elvis Stanić Group" at many jazz festivals in the country and abroad, and is particularly proud of the fact that he has performed twice (1998 and 2003) as the only Croatian representative at the world's largest jazz festival in Montreaux.
As a free-lance guitarist and producer he collaborated with the most prominent jazz musicians in Croatia (Boško Petrović, Big Band HRT, Neven Frangeš, Mario Mavrin, Tamara Obrovac, Matija Dedić, ...) and the world (Gilberto Gil, Django Bates, Buster Williams, Lenny White, Scott Kinsey, Hadrien Feraud, Mike Baker, Katisse Buckingham, Martin Drew, Bobby Thomas Jr, Alwin Queen, Furio di Castri, Karen Asatrian, ...).

DENISE JANNAH – vocal  - “Quite simply, Denise Jannah is one of the best jazz singers to come along in the 25 years I’ve been writing about music.” (rewarded jazz reviewer Gary Giddins in the “Village Voice”, New York). Denise Jannah is one of the most famous jazz singers on the world stage (she has recorded 5 solo albums for the most famous world jazz recording label Blue Note Records). Denise Jannah was born in Suriname, South America. With her family she moved to Holland in the mid seventies. She studied Law at the University of Utrecht, but her love for music made her change her course: she enrolled into the Conservatory in Hilversum and completed her studies there, also earning her degree as a vocal educator. Denise Jannah toured the world from New York to Johannesberg to Japan and back, and she won numerous awards.

RENATO CHICCO - hammond organ - Organist Renato Chicco studied at the University of Music in Graz, Austria, and at Berklee College of Music in Boston. He lived in New York where, aside from playing in clubs like the Blue Note, Birdland and the Village Gate, he took part of radio and TV shows, performed in festivals and clubs all over the United States, Europe, Asia and South America. Among his recordings as a leader (on piano) Renato recorded two CDs of his jazz arrangements of Slovenian folk songs and recently one CD as a leader and three as a co-leader  on organ. As a sideman he has appeared on over 50 recordings.  Renato is currently professor for jazz improvisation at the Music University in Graz and continues to perform all over the world.

RATKO ZJACA - guitar -   with many  critically acclaimed recordings under his name he has recorded and performed with some of the most influential musicians in  jazz and modern  improvisation music. He is an innovative musician, who is widely recognized as a technically advanced guitarist. He is known for being a relentless individualist, which is evidenced in his improvisational style. Ratko is a highly versatile player covering many areas of music but is best  known for his work in the modern jazz and improvisation idiom and released a number of albums as leader and sideman . Born in Croatia, Ratko in his early days was attracted by the sound of the guitar, both subversive sounds like those produced by Jimi Hendrix and from the classics like Bach and van Beethoven. He studied and graduated from Zagreb University. In his drive for the necessary knowledge and the enormous need for studies he sought his refuge in The Netherlands at the Rotterdam Conservatory, famous for its studies of modern music. After completing his study at the Rotterdam Conservatory, he also studied at New York University School of Music. Ratko participated at many international festivals and has been booked for the major club dates at the European and American scene. Ratko is composing music and working on many projects, while releasing numerous recordings with some of the best international musicians.

OLEG MARKOV - drums - Drummer and composer Oleg Markov, studied at the Institute of Music Glier in Kiev, Ukraine, and at the KUG University in Graz, Austria. While living in Kiev he was a member of the Kiev Big Band and other combo bands. After Studies in Kiev, Oleg moved to Graz where he received his Bachelor and Master Degree. While living in Graz, he was asked to record some albums, he won many diffrent competitions and got a chance to perform with the most acclaimed musicians.

MangGroove are Željka Veverec and Toni Starešinić, a creative tandem who confirmed as one of the best pop bands with the third album "Sami". In their early beginnings, HGU and Croatian Composers Society recognized the musical quality of Mangroove, awarding them the first prize at the Talent Music Awards in 2006. With producer Samir Kadribasic, they recorded two albums, the first album "The World for Us" (2009) and its sequel "The Way to the Moon" (2012), which had excellent critics provided them with the first Porin nomination for the best album of club music. The same success was repeated by the third album "Sami", which they recorded in collaboration with the famous producer Zvonimir Dusper. The album produced the hit song "Pokušaj" with which the legendary Dado Topić returned to the scene.
Currently, they're in the studio preparing the fourth album where they remain faithful to themselves and their musical explorations, including playing with electronics and classical instruments. Their single "Sanjala sam ljubav" won the radio charts,  delighting with the dance funk rhythm and the melody that appeals to music festivals from the late sixties of the last century.

Željka and Toni managed to achieve cooperation with some of the best local musicians through their music, including Tedi Spalato, Igor Geržina, Nikola Marjanović, Viktor Lipić, Janko Novoselić, Zvonimir Šestak, Goran Delač, Mario Penton Hernandez, Andrej Jakus and many others. Today, with Mangroove, Željka and Toni are a part of the Croatian music scene for about ten years, with Mangroove they wrote their first songs, and with Mangroove they played their first concerts. Mangrove took them to a musical journey through soul, jazz, funk, pop, electronics..., a journey that continues even today and who knows where it will take them.