If you are among those who really want to rest while on vacation, Srima is the right choice for you. You can choose among a number of private apartments right on the seaboard. After you have your breakfast on the terrace, you will literally step down to a beautifully maintained beach and clean sea.
If you feel like some summer partying after a whole day of lying in the sun and swimming, Vodice is not far away. Vodice and Srima have actually been one for a long time – few people know where Vodice stops and Srima begins.

The Srima peninsula was inhabited as early as the prehistoric and ancient ages. The most valuable and best-maintained archeological locality is the dual late ancient basilica complex in Prizba.
On the hill above the settlement is a little church consecrated to Our Lady. This is a single-nave building with a bell tower. The original altar with a painting was burned down in the 1918 fire, so it was replaced with a Byzantine Lady with a silver shirt. On the apse of the church is a valuable fresco from late 12th century showing Mother of God with a Child and St. Vid’s and St. George’s figures. A picture of a plowman next to St. George’s figure is quite interesting, probably a self-portrait painted by the author of the fresco. 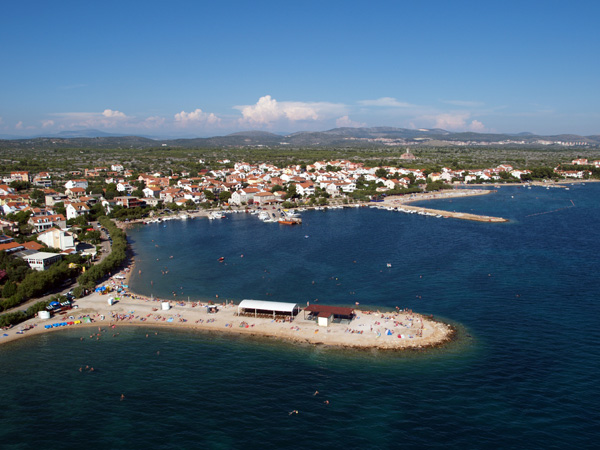 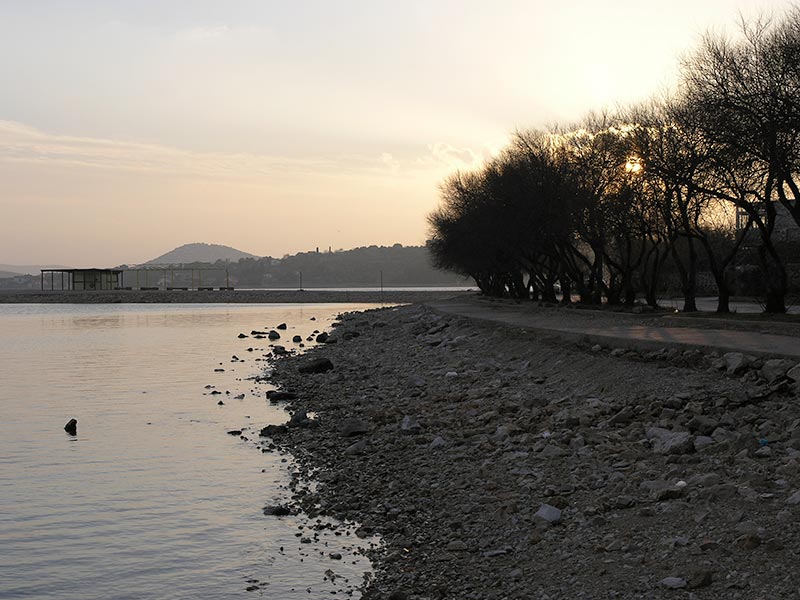 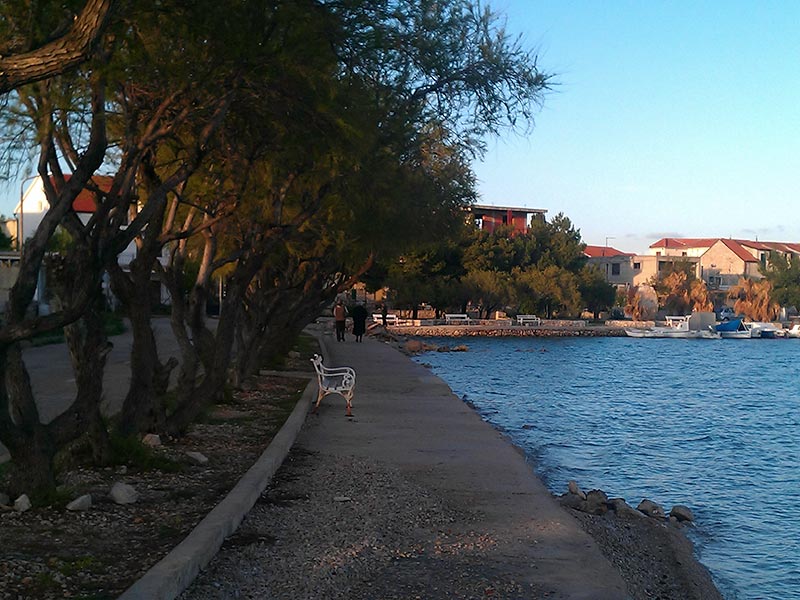 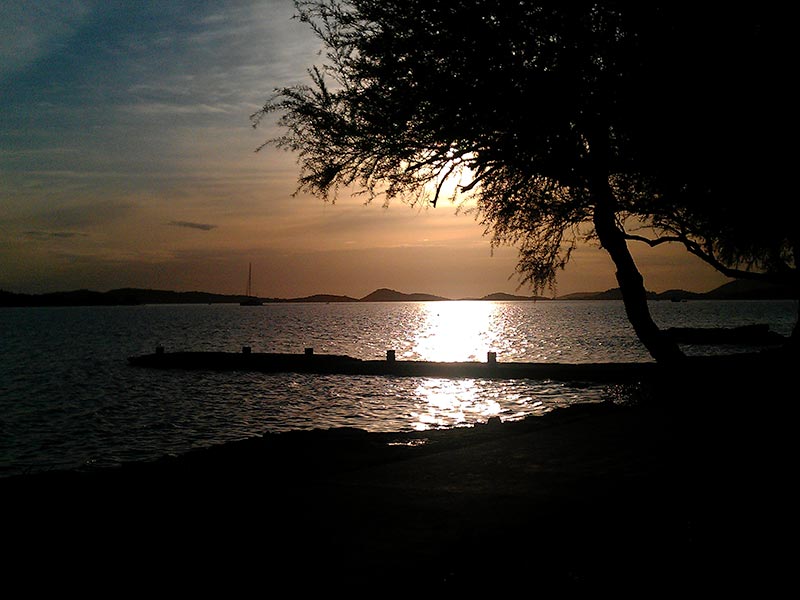 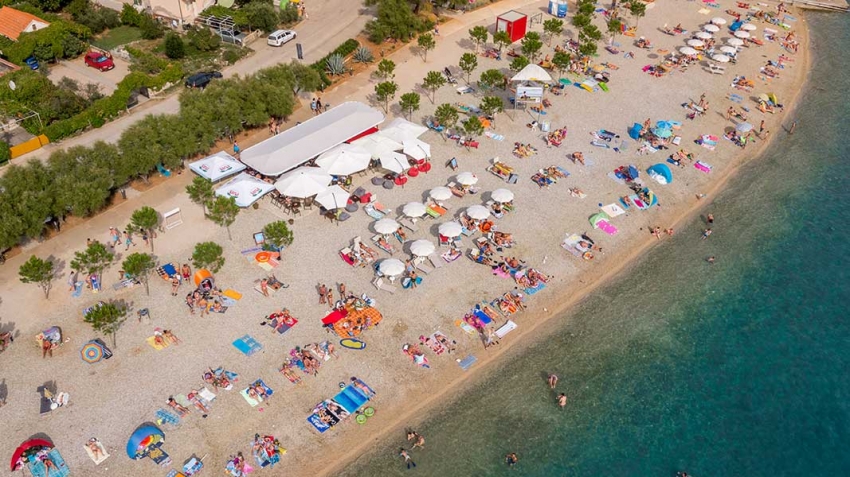